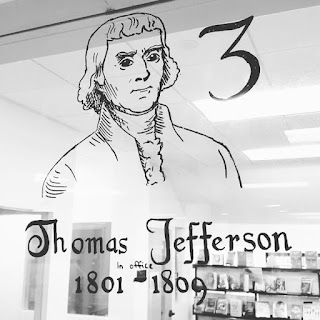 I am one of the founding Fathers of the United States and am known as the main author of the Declaration of Independence.
I founded the University of Virginia and my head is carved into Mount Rushmore.
I had pet mockingbirds and love vanilla ice cream.
I died on the same day as John Adams.
(July 4, 1826)
Who am I?
Thomas Jefferson
3rd President of the United States
In Office
March 4, 1801 – March 4, 1809
Vice President – Aaron Burr (1801-1805)
George Clinton (1805-1809)
Share this