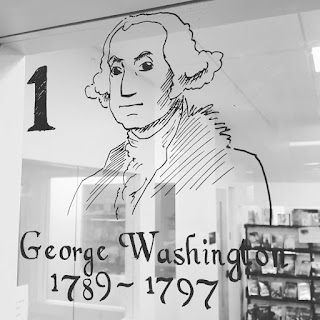 I also never accepted a salary for being President.
I was a surveyor, talented horseman, and loved to write letters.
I commanded the Continental Army, and I became the first President of the United States when I was 57 years old.
My face is one of four carved into Mount Rushmore.
Who am I?
George Washington
1st President of the United States
In Office
April 30, 1789 – March 4, 1797
Vice President – John Adams
Share this