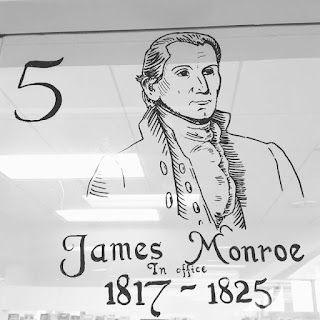 My family descended from Scotland and I was born in Virginia.

I was the last presidential Founding Father of the U.S. and I also served as a scout in the Continental Army.
The first economic depression in the United States began while I was president and I was in office for 8 years.
I died on July 4, 1831.
Who am I?
James Monroe
5th President of the United States
In Office
March 4, 1817 – March 4, 1825
Vice President – Daniel Tompkins
Share this