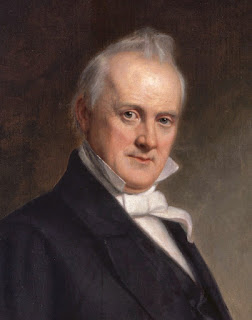 I was born in Pennsylvania and was the son of Irish immigrants.
I went to Dickinson College and had an unusual problem with my eyes in which one was nearsighted and the other was farsighted.
I am the only president who was unmarried during my presidency.
Some of my nicknames include “Old Buck” and “Ten Cent Jimmie.”
I have been rated as the least effective of all the presidents by historians.
Who am I?