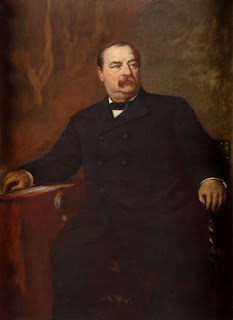 I was born in New Jersey and am the only President that has been born in that state.
I was drafted for the Civil War, but paid someone to go in my place.
I was both the 22nd and the 24thpresident of the United States and am the only president to have my wedding ceremony in the White House.
During my presidency, I vetoed more bills that any other president.
I also was given the Statue of Liberty as a gift from France.
My portrait appeared on the $1000 bill.
Who am I?