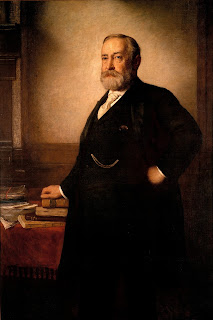 I was born in Ohio and have a rich heritage.
My great-grandfather signed the Declaration of Independence.
I studied law and joined the military, serving during the Civil War.
I am the grandson of the 9thpresident.
I was the first president to have electricity installed in the White House and I played a big role in the first Pan-American Conference.
I passed the Sherman Silver Purchase Act and put the first African-American, Frederick Douglass, in a high ranking governmental role.
Who am I?