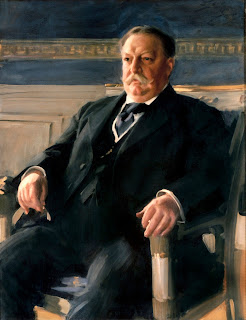 I was born in Ohio and studied at Yale College.
I then continued my studies at Cincinnati Law School and worked as a Lawyer, Politician, and statesman before I was elected president.
I helped New Mexico and Arizona to join the United States, becoming the 47th and 48thstates.
I had the nickname “Big Bill” because I weighed 332 pounds.
I died of a heart attack when I was 72 and my funeral was the first to be broadcasted on the radio.
Who am I?