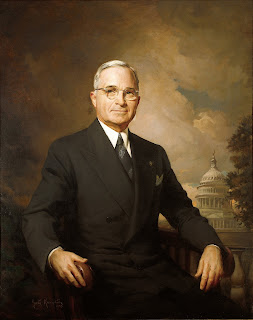 I was born in Missouri, was a talented musician and debated pursuing music as a career instead of politics.
I was a captain of an artillery unit during World War I, and during World War II, decided to drop atomic bombs in Japan.
I was president during the Cold War and the Korean War.
I was known for being well-dressed, having integrity, and being honest.
Who am I?