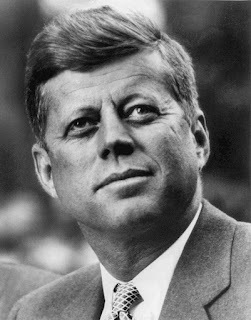 I was born in Massachusetts, and attended Harvard University.
There was lots of tragedy in my family, with many of my close family members dying at young ages.
I was awarded a Pulitzer Prize for my book “Profiles in Courage” and at the age of 43, was elected president, becoming the youngest president ever in the U.S.
I helped to create the Peace Corps and managed the Cuban Missile Crisis.
I was assassinated during the third year of my presidency, becoming the youngest president to die in office.
Who am I?