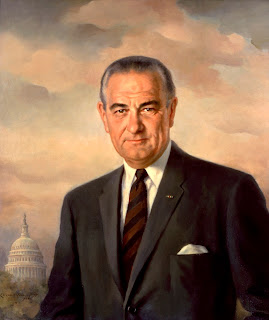 I was born in Texas and raised on a ranch.
I went to Law school and served in the military during World War II.
I became president after JFK was assassinated and was the first president to have an African-American cabinet member.
I was president during the conflict in Vietnam and focused many of my efforts on Civil Rights and anti-poverty policies.
I died hours before the ceasefire agreement was signed with Vietnam.
Who am I?