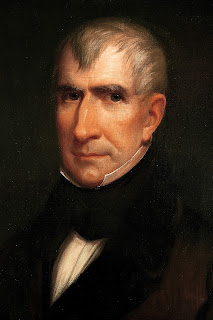 I was the first president to die in office, with only a 30 day presidency.

I gave my oath to become president in freezing weather conditions, which led to my death of pneumonia.
I’m also known as “Old Tippecanoe” because of a battle I won.
Who am I?