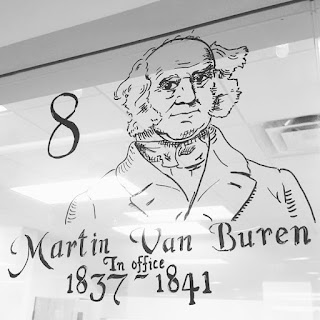 I was born in New York and was the first president to be born as an American not as British.

I was president during the middle of a depression and the “Trail of Tears” happened during my presidency.
I was given the nicknames, “The Little Magician” and “Old Kinderhook” (where the word “OK” comes from).
After my one term, I tried to be reelected three times, but was never elected.
Who am I?