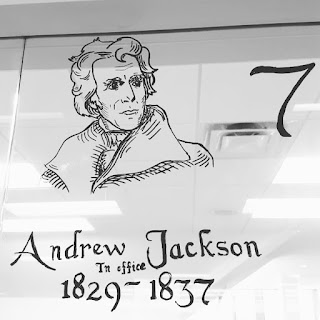 I was born in South Carolina and joined the army at age 13 so that I could fight in the Revolutionary War.

I have strong values and was nicknamed “Old Hickory.”
I am the only president who paid off the National Debt and my picture is on the $20 bill.
I also had a pet parrot names Poll.
Who am I?