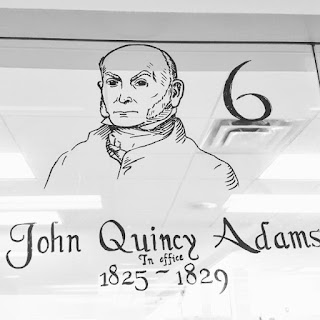 I was born in Massachusetts but grew up traveling throughout Europe.
I went to Harvard and eventually became the Secretary of State.
I became president when I was fifty-eight and was in office for four years.
I spoke out against slavery, just like my father, who was a former president.
I died when I collapsed on the floor two days before elections for the next term.
Who am I?