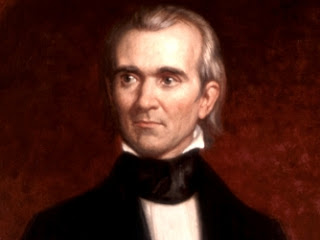 I was born in North Carolina and served as a Lawyer, Politician, and Statesman all prior to becoming president.

I am the only president who has also been Speaker of the House of Representatives.  During my presidency, I added Texas and California to the United States.
I put in place the National Election Day, and during my time in office postage stamps were created.
I died from cholera in 1849.
Who am I?