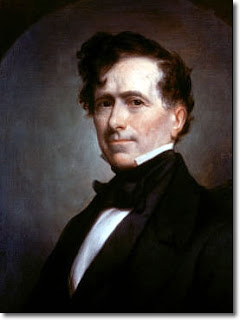 I born in New Hampshire and my father was a general in the army.
When I was elected, I was the first President to present my address from memory.
During my presidency I created the Kansas-Nebraska Bill.
I did not have a vice president during my time in office.
Who am I?