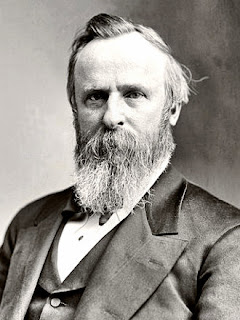 I was born in Ohio and raised by a single mother.  Before my presidency, I served in the Civil War.
I won my election by just one vote and the votes from three southern states were recounted.
I was the first president to take oath and during my presidency, the first telephone was installed in the white house.
During my presidency, I helped to form the Compromise of 1877 to help end the Reconstruction Era.
My most famous quote was, “He serves his party best who serves his country best.”
Who am I?