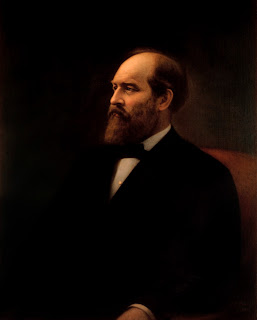 I was born in Ohio to a very poor family and am believed to come from the poorest family out of all the presidents.
Other careers that I had before I became president include Preaching, Teaching, and being a Lawyer.
I was ambidextrous but was the first president to be considered left-handed.
The only executive action that I completed in office was to create a day to honor the graves of those who died fighting in the civil war.
I was only president for 200 days, before I was assassinated.
Who am I?