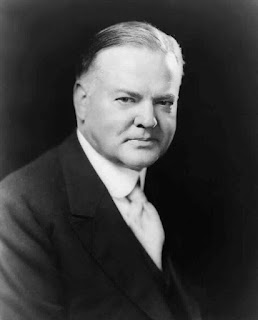 I was born in Iowa and went to college at Stanford University.
I can speak Chinese and became a millionaire long before I was a president.
When I was a president, I donated all of my salary to charity.
I was a Quaker and I was the one who approved the Star Spangled Banner.
I became unpopular during my presidency because of the Great Depression.
I was the first president to have a phone on my desk and my sons had pet alligators that would wander around the White House.
I was one of only four presidents to live past 90.
Who am I?