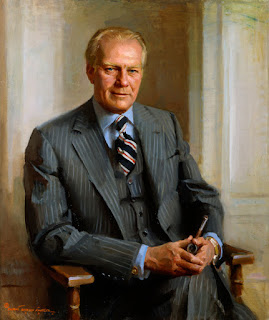 I was born in Nebraska, good at sports, and studied at the University of Michigan Law School and Yale.
During my presidency, people attempted to assassinate me twice, I signed the Helsinki Agreement, and the Vietnam War ended.
I died on Boxing Day in California.
Who am I?