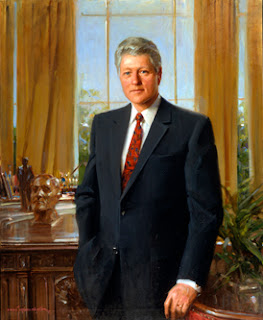 I was born in Arkansas and my father died before I was born.
I am married to a woman named Hillary, who is running for president this year.
During my presidency, I proposed healthcare reform and I had to deal with fighting many terrorist attacks.
I am most known for The Lewinsky Scandal, which led to my impeachment.
I am a talented saxophone player and have won two Spoken Word Grammy Awards.
Who am I?